I partnered with Optretina, a leading ophthalmology telemedicine startup in Spain, to develop a new product for automated retinal disease detection based on deep learning. The idea was to leverage their medical expertise and retinal database with my technical knowledge to create new AI products that would help in the screening of retinal diseases. During my tenure there I lead the development of Sauron and Jarvis.

There are not enough retinal specialists worldwide to ensure that the population has direct access to them, but telemedicine and AI can help to improve the reach and bring down the costs of performing retinal screenings in the population at scale.

I developed Sauron as a REST API, so it would be easy to leverage by other services, internal or external. The platform also has tools to label, train, evaluate and deploy algorithms, both new and retrained.

Jarvis is an automated retinal screening application built on top of Sauron. The app takes digital fundus images taken from the retina of a patient, evaluates its quality, and then proceeds to generate an automated report with a diagnostic based on Sauron’s output. 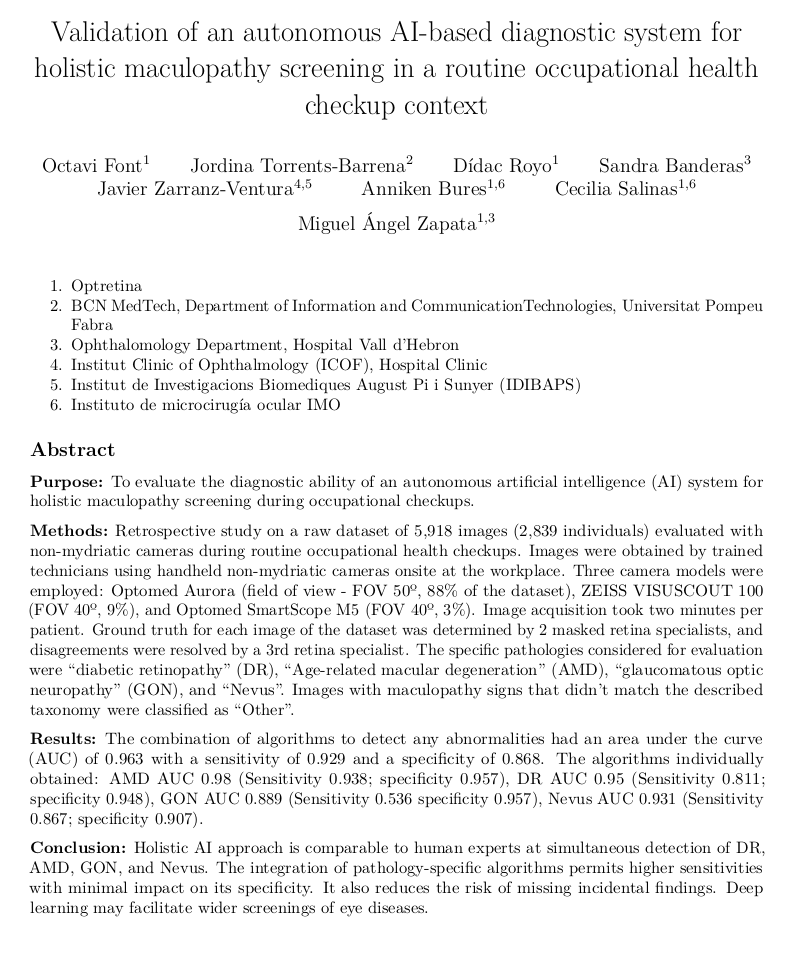